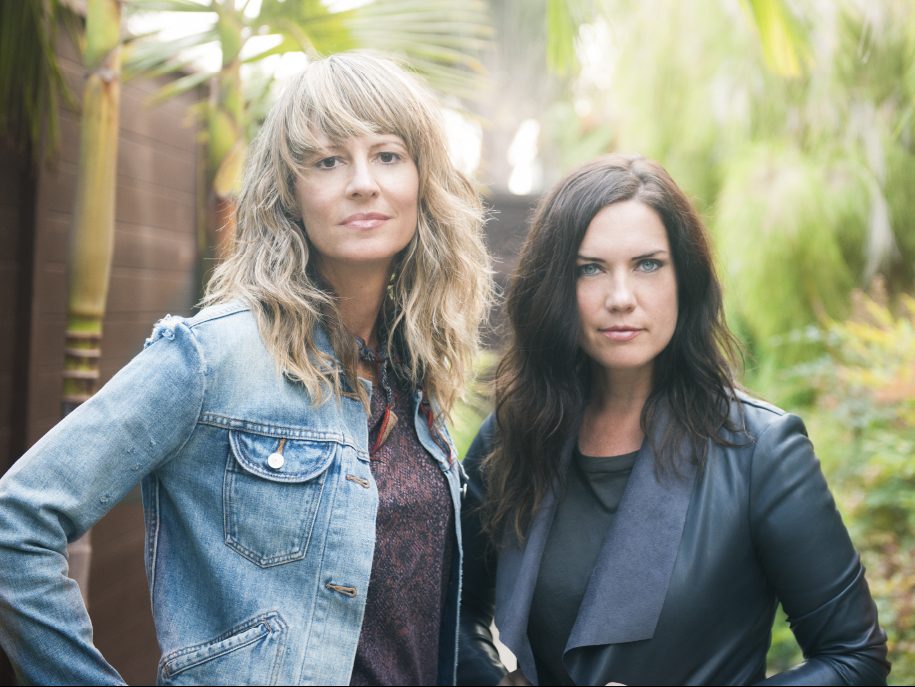 What do you do when you see an advertisement for an old Airstream trailer that comes complete with a recording studio? You immediately jump into your car, cheque in hand, to follow your dream. This is the story that Brenley MachEachern tells, as she launches into this new music, which was actually recorded inside the now-restored 1972 Tradewind Landyacht. But the story becomes the stuff of legend when she tells the rest of the tale. The guy who was selling the Airstream studio, Adam, was the son of Dave, the sound engineer who recorded and mixed Brenley’s very first record, years ago, with her then-band Zoebliss. Brenley writes, “To call it serendipitous would be an understatement. I believe that we attract what we put out into the world, and this was something I was putting out into the universe.” Serendipity was indeed her friend, and during the extended pandemic lockdowns when all touring musicians were cooling their heels, Brenley and partner Lisa MacIsaac had a project: restore the Airstream studio, study to become sound engineers and producers themselves, and record their eleventh CD in the rejuvenated Landyacht. They proudly now proclaim that they are among the less than 2.1 per cent of female music producers in the industry. These are two multi-instrumentalists who write intensely personal songs, often of lost love. They might break your heart, but might also heal it from whatever life experiences caused your fractures. They incorporate lyrics written by family members who have passed on, and write from the depths of their hearts, often of despair, but also of fervent affection. “Utah” incorporates lyrics written by Stevie MachEachern, Brenley’s brother, who was murdered in 2006. “Not Allowed to Love You” speaks of the pain of being non-binary and the resulting rejections. And then “We Lost The Light” incorporates poetry written by Annaliese MachEachern, Brenley’s niece, and is an homage to this young and beautiful family member who died in a tragic car crash. The entire recording is evocative and haunting. Brenley and Lisa, who both share a Cape Breton Island heritage, have been recording and touring steadily since 1999, writing lyrics, arrangements, harmonies and melodies. And great harmonies they are. These are voices that were simply meant to sing together, and even though the subject matter may be dark sometimes, those harmonies raise it up to a state of joy, beauty and exultation. Listening to Eleven, you feel uplifted and clear. And once you’ve heard this one, you’ll want to check out the duo’s back catalogue. Like the proverbial potato chips, you can’t ever have just one… You can order this gorgeous CD, and others, from the Madison Violet website: https://www.madisonviolet.com/about