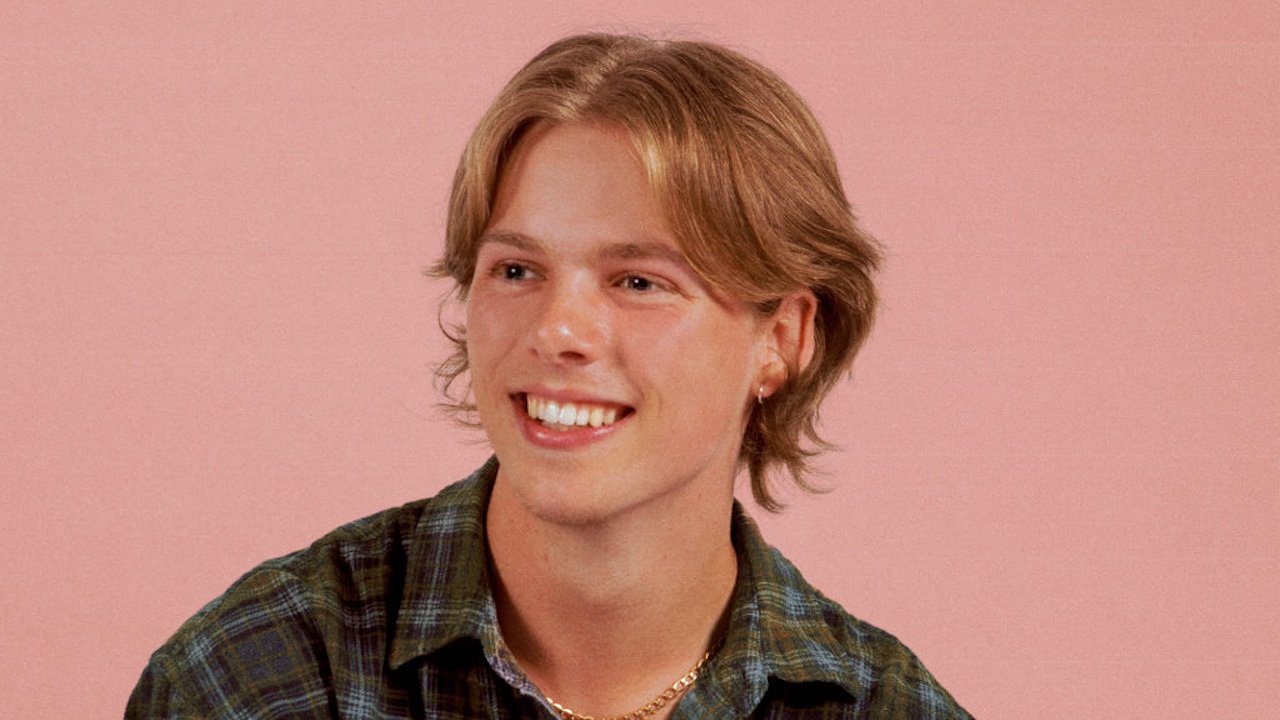 Music Feeds’ Love Letter to a Record series asks artists to reflect on their relationship with an album they love and share stories about how it has influenced their lives. Here Cody Jon confesses his love for the soundtrack to the 2009 stop-motion film, Coraline.

Cody Jon arrived on the scene in 2019, making an immediate impression with his debut single ‘poison’. Now 20 years old, Jon has cultivated an international audience with his hook-heavy ’80s- and ’90s-influenced pop music. Cody Jon’s latest single is ‘dirty dancing’, a collaboration with Charley.

When I was 7, the film Coraline was released. I rented the DVD from Video Ezy. It came with red and blue cardboard glasses and the ability to transform my dad’s laptop screen into a portable movie box. With the glasses on, the screen looked more like a pop-up story book than real-life 3D, but 7-year-old Cody Jon was gobsmacked.

Wearing my cool new glasses, I would lug around the portable DVD player and watch Coraline whenever I had the chance. There were a few spooky moments and themes in the film that I very much enjoyed, but they weren’t the reason I was so drawn into this world. There were three main things:

The mind-blowing stop-motion animation and the stylised yet symbolic use of colour.

The protagonist being a kid (without many friends) whose parents were pre-occupied working.

13 years later, Coraline is still my favourite movie. I’ve limited myself to only watching it max twice a year so I don’t spoil it for myself. What I didn’t limit, however, is my time listening to the soundtrack.

When I turned 16 my parents handed down their old vinyl records and my grandparents gave me their record-player, along with some of their old favourites. Listening to Blondie, INXS and The Sound of Music was great, but I had my sights set on the elusive vinyl of 2009’s Coraline.

It was only rumoured to exist, simply ancient folklore, certainly not for sale in any Newtown record store. I checked them all. My hunt began and after weeks of investigation and web-searching, I found it on a sketchy site for re-selling vinyls. I ordered the last one and it arrived six weeks later. The Coraline OST was finally in my clutches.

It’s safe to say that this has been the soundtrack of my life. As a kid, it comforted and entertained me. As a teen, the relaxing 32-track vinyl served as background music to my thankless months of studying.

I turned 20 recently and when I listen now, it’s not only a nostalgic collection of music that narrated my coming-of-age, but also a piece of music that I enjoy breaking down – analysing the structures, melodies, chords, interesting rhythms and wobbly samples of every day sounds.

I try to recreate the way it builds tension and evokes drastically different emotions within a singular track. One second the music can be terrifying; the next, melancholy, and then out of nowhere here comes a playful bossa nova. Bruno Coulais, the composer, is brilliant.

There are only two songs on this record that are sung in English. They are plot devices and sung by characters in the film. The rest of the record is strictly instrumental with gibberish melodies carrying them along. The lack of lyrics really hits a different part of my brain and has opened my ears to the word of instrumental music. I respect the ability to control emotion without a single word needing to be sung.

Now when I’m producing a track, I try to make the production as reflective of the feeling behind the song as possible and then come in with the lyrics once I’ve captured the right essence. I gotta admit, last year my second-top genre on Spotify Wrapped was soundtrack music. I like to blast the Incredibles soundtrack as I’m racing late to work. It makes me quicker.

Thanks for reading this – Cody

NEW AUS MUSIC PLAYLIST: Our Favourite Tunes Of The Week