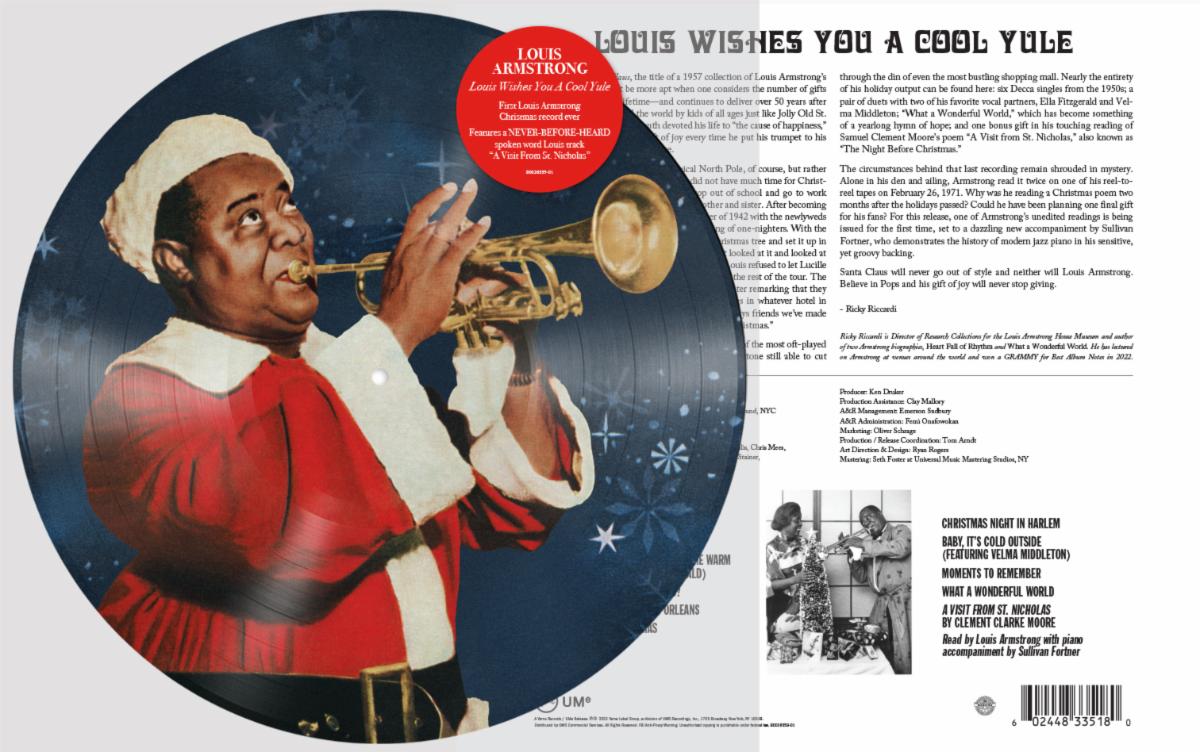 Louis Armstrong’s poignant reciting ofSamuel Clement Moore’s beloved, timeless poem “A Visit From St. Nicholas,” more popularly known as “The Night Before Christmas,” has been vividly brought to life with a beautiful animated video to usher in the holiday season. Produced and directed by Tom Readdy and Lucy Dawkins at the award-winning creative house Yes Please Productions, the video was animated in a vintage storybook style by animators Sam Shaw, Jac Clinch and Chris Bowles.

“A Visit From St. Nicholas” is featured on the just-released album, Louis Wishes You A Cool Yule (Verve/UMe/ Universal Music), which collects nearly the entirety of Armstrong’s holiday output and presents the recordings as a cohesive body of work, marking his first-ever official Christmas album. The first non-live recording of Armstrong’s to be released in more than 20 years was recorded by himself on a reel-to-reel tape recorder at his home in Corona, Queens, New York in February 1971 just a few months before he passed away. // Continue to the full article