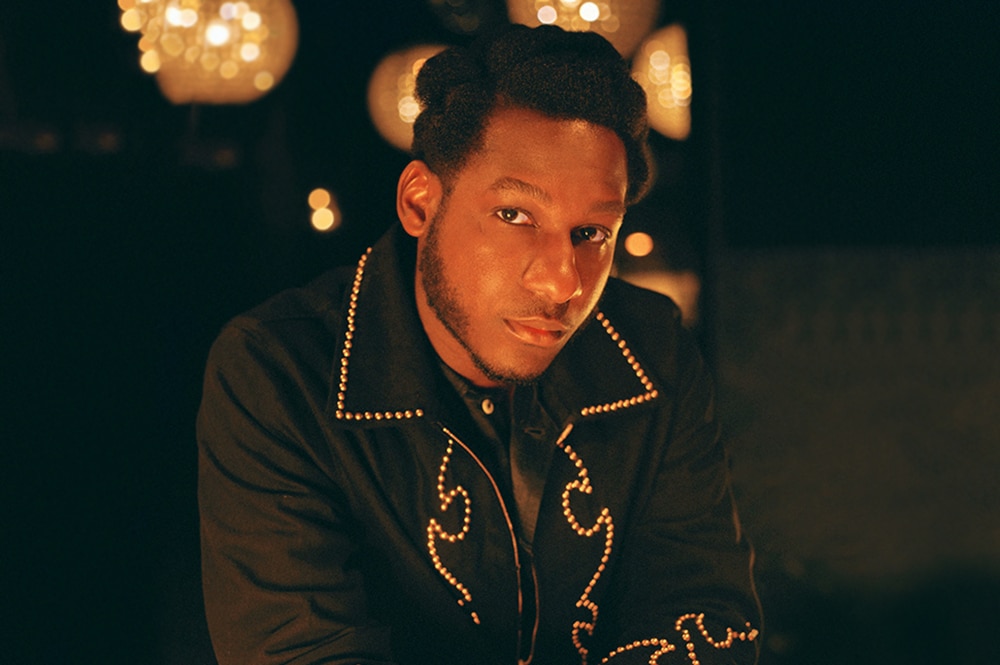 Milan Ring is an insanely talented musician and we’re instantly blown away by her as she showcases her talents as a singer, rapper, multi-instrumentalist, producer, and audio engineer right before our eyes. Starting off with Green Light, she treats us to her soothing soulful vocals and an incredible electric guitar solo that sends shivers down our spines.

Milan Ring released her debut album I’m Feeling Hopeful in 2021, with overarching themes about hope, love, forgiveness, and mental health – something we can all relate to. She gives us a taste, as she expresses her love through songs charged with raw emotion and honesty. Her dynamic range shines through as she incorporates soul, R&B, hip-hop and electronica into her music as she loops her vocals to echo like choirs throughout the hall.

A seven-piece-band stands silhouetted against a curtain backdrop and Leon Bridges takes the microphone front and centre. He opens with the first track (Born Again) from his latest album Gold-Diggers Sound and immediately captivates the audience with his mesmerizing stage presence. As he sings, we watch him truly feel every single note flow through his body as he shows off his incredible dance moves with style and swagger.

Initially, he begins with a slow pace but quickly changes it up on Smooth Sailin’, telling us he’s in the mood for some rock and roll. Bridges and his band perfectly craft a set filled with beautiful ebb and flow that changes and shifts the tone with each of the songs from his diverse catalogue. From soothing R&B ballads to upbeat jazz swinging grooves, Bridges delivers a flawless performance that embodies classic soul.

He picks up a guitar for Texas Sun and the spotlight creates a sun on the curtain backdrop for effect. His voice echoes the old soul of the ‘50s and ’60s, channelling musical greats of gospel, Motown and R&B with his own unique flair and transports us to another place and time. His remarkable vocal range is showcased even further on Sweeter, accompanied by an exceptional saxophone solo from his band and it’s one of the many highlights during the set.

Bridges asks all the lovers in the house to make some noise as he shares his anthem Beyond for them. The bass player switches to a double bass for a melodramatic moment as they play Blue Mesas with a low husky tone before the band leaves Bridges and his back up singer to perform a stripped back version of River. We can feel the stillness in the air as the audience is so captivated, they hold onto every breath.

By this point, the crowd can’t fight the urge to stay in their seats any longer and jump up like a domino effect as the groove takes over on You Don’t Know. It’s toned back a bit from the recorded version but still an upbeat track that commands the audience to dance. He then brings it back to his first song that he wrote (Coming Home) that put him on the map when it was just him playing the guitar. He teases his last song is Bad Bad News and introduces his very talented band of musicians who jam in harmony together until the stage fades to black.

The microphone is repositioned on the stage, so we know the encore is inevitable. Bridges and his band return for Lisa Sawyer, a beautiful ballad written for his mother that’s filled with gloriously lush harmonies and heartfelt words. “One thing I’m always gonna do is keep the blues alive,” Bridges says, before we all get up on our feet one final time for Twistin’ & Groovin’ which gets everyone shakin’, groovin’ and longing for more.