Wehbba
——————
With a string of chart-topping hits to his name and international success around the world, today Wehbba stands as one of Brazil’s most widely-acclaimed and highly respected global ambassadors for techno. Serving the circuit’s dancefloors with dynamic productions, Wehbba champions a tenacious work ethic that stems from an innate dedication to his craft.
Over the years, Wehbba has unveiled a consistent stream of stand-out music to add to his flourishing discography, including three full length albums that span the course of a decade. As well as chartering original releases via benchmark labels Drumcode, Second State, 2020Vision, Bedrock, Elevate, Knee Deep In Sound and Systematic, Wehbba has delivered a series of resonant remixes for the likes Laurent Garnier, Danny Tenaglia, John Digweed, Stacey Pullen, Joseph Capriati, Stephan Bodzin, Marc Houle and ANNA – some of the most respect artists in the industry.
In 2015 he made the long-awaited move to Barcelona, further establishing his craft within Europe’s competitive techno scene and clocking countless studio hours whilst balancing festival and club gigs across every continent. But it was 2017 which marked a pivotal year in Wehbba’s career, as he made his debut on Adam Beyer’s Drumcode Records with “Fake”; part of the A-Sides Vol. 6 compilation. The cut saw great acclaim within the electronic music sphere and blazed a trail for his inaugural Drumcode EP “Eclipse” in 2018, which stormed into the top 10 within days of its February release. He returned to Drumcode five months later with another chart-dominating EP in July, with his four-track “Catarse”, gaining extensive industry support throughout festival season. A third Drumcode contribution appeared in the same year, as he joined the A-Sides Vol. 7 compilation with “Just”.
Aside from his back catalogue of eminent productions, Wehbba’s career has enjoyed equal success behind the decks with an increasingly active tour schedule ensuring his relevancy across the globe. Now considered a staple name on many of the top festival and club lineups, he has graced the stages of multiple Drumcode and Resistance events, as well as Warehouse Project, Manchester; Fabric, London; Watergate, Berlin and Motion, Bristol to name just a few.
2019 proved to be yet another career-defining year for the São Paulo native, as he cemented his Drumcode ties with a new five-track EP titled “We Have Bass” in March, which included a fearless collaboration with ghetto house icon DJ Deeon, as well as a third consecutive inclusion on the imprints A-Sides Vol. 8 compilation with “Mantra”. Making his Hotflush debut, Wehbba’s masterful re-work of SCB & Reset Robot’s “Arp” showcased a new dimension of scope for the production maestro, and was quickly followed up with the collaborative EP “Red Planet” alongside Scuba’s SCB project. But it was his mesmeric adaptation of Culture Shock’s “Bunker” on Andy C’s RAM Records that highlighted the first half of 2019, with more big moments to follow, including a Mixmag Lab LA performance and a debut at Drumcode Festival in Amsterdam.
Now marking his debut album contribution to Drumcode, Wehbba continued his rich vein of form in 2020 with the release of his album “Straight Lines and Sharp Corners” LP; a montage of immersive stories that reflect his decade-long career as ‘the artist’. Pairing the conceptual anthology of productions with a debut venture into live performances, ‘Wehbba’s Live Station’ is centered on a hardware-only setup that explores the uniquely spontaneous effects of recreating old and new compositions in a live environment. 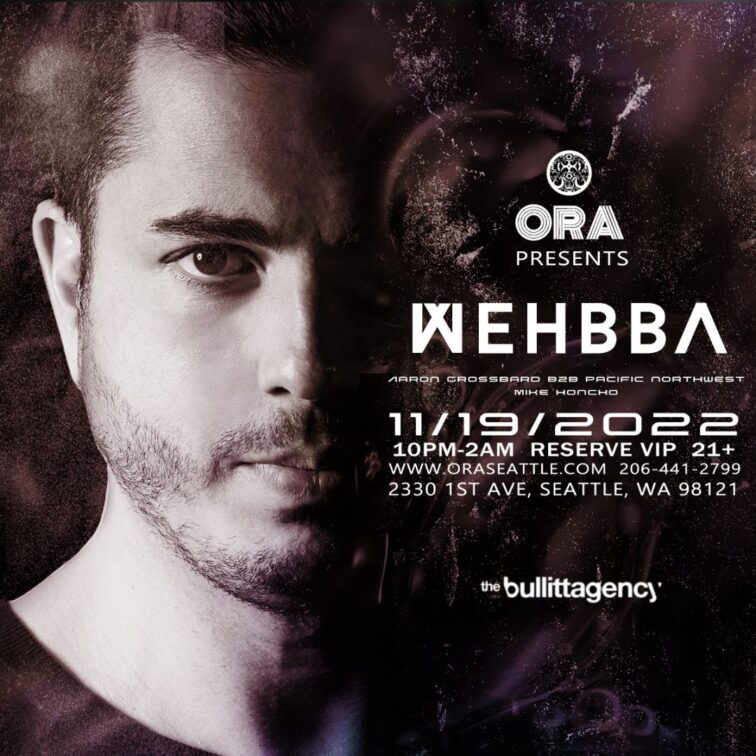