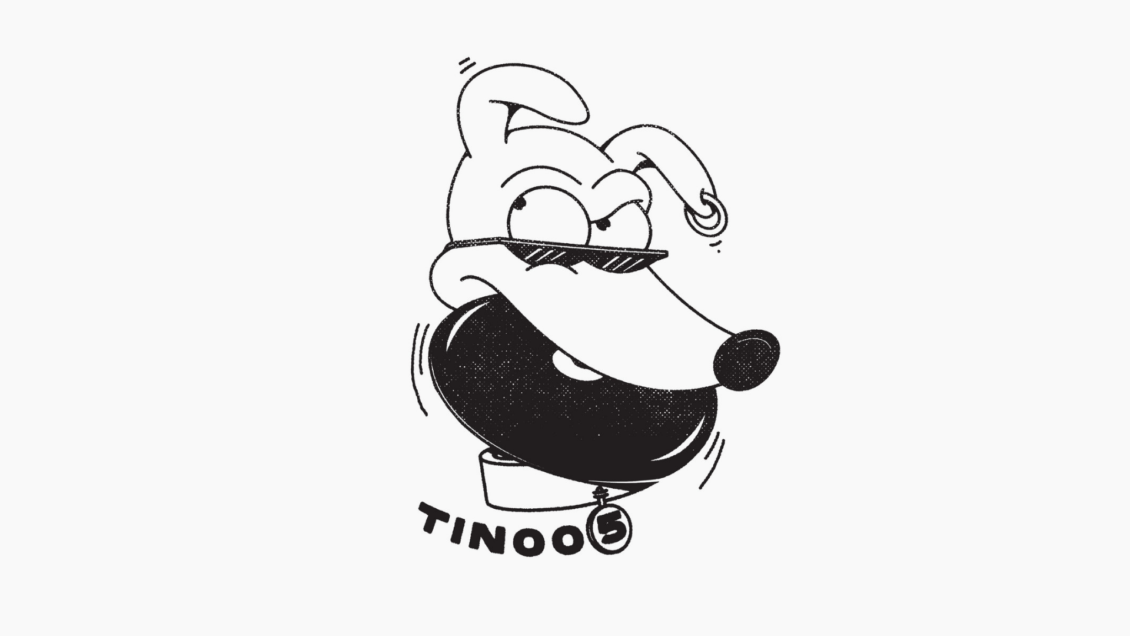 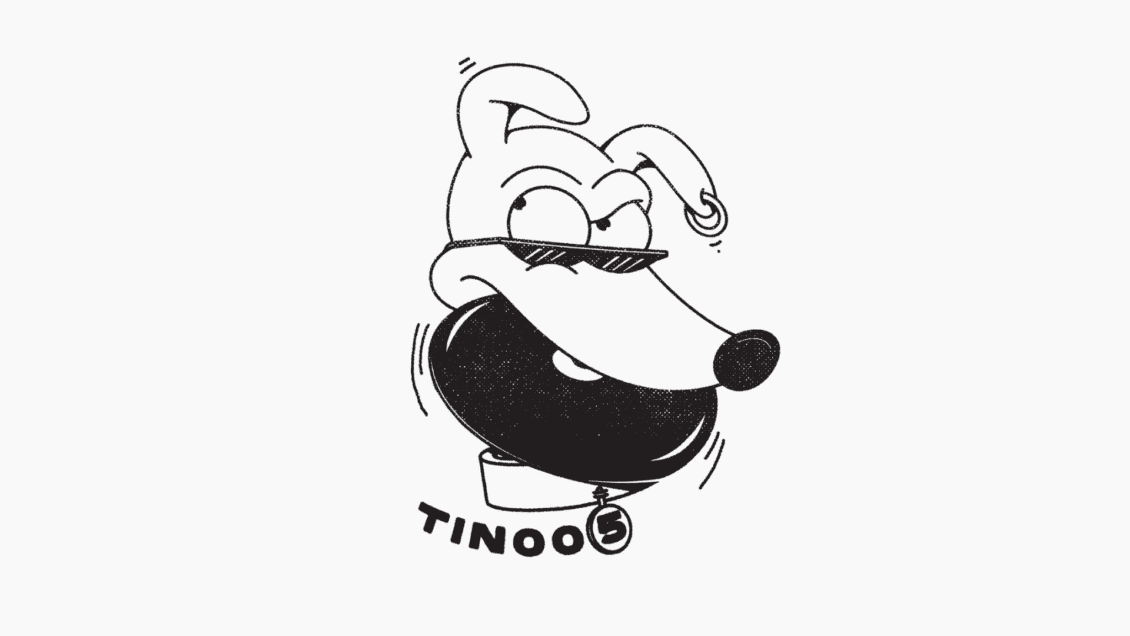 In this new Beat Dissected, we program a garage beat inspired by Interplanetary Criminal’s ‘Supreme Level’, a true UKG classic in the making.

‘Supreme Level’ is one of the four tracks on the Manchester-based artist’s Darkside EP released on Time is Now in July 2020. As the Covid-19 pandemic continues the tracks have not yet been able to grace nearly as many dancefloors as they surely will but in the meantime, there is a lot to learn from Interplanetary Criminal’s combination of bass, garage and 2-step influences, as well as some of the more traditional UKG production techniques he employs.

This Beat Dissected will be slightly different as we will also use an audio track with a classic drum break sample in addition to the MIDI channel containing our Drum Rack. We’ll start by programing the garage-style beat and then in the next steps, we’ll add chords and bass hit samples. The last step will be slicing, re-pitching and automating the drum break sample.

Beat Dissected is a regular series in which we deconstruct drum patterns, showing you how to program them in any DAW. Just copy our grid in your own software to recreate the loop. The objective is to analyze drum programming techniques, not to recreate the artist’s beat exactly.

We recently synthesized a subby garage bass with U-he’s Repro – you may want to pair that with this beat as well. To enlarge any photo, just click on the image.

If you find this tutorial helpful, you might also enjoy our book, The Secrets of Dance Music Production.

Insert a Drum Rack on a new MIDI channel and drag in a punchy kick sample that does not have subby tail. One of the common traits of garage and bass music is the space left by fast transient-heavy kicks for big subby bass lines. We used ‘Kick Machine Loose’ from Ableton’s Drive and Glow Pack.

The kick pattern is a straightforward garage pattern but there are two key elements. The first is that the velocities are dynamic with lots of variation and the second is that many of the hits are on the 16th-note triplet grid (1/16T). In this grid, there is a division of 6 notes for every quarter note, instead of the traditional four 16th-notes.

The use of a triplet grid despite the song having a 4/4 time signature immediately imparts that classic garage swing and we will use this trick on other samples in the next steps as well.

As a reminder, the keyboard shortcut to switch to a triplet grid in Ableton is Command+3 in Mac and Ctrl+3 in Windows.

In ‘Supreme Level’, a church bell-style sound plays when the kick comes in for the drop. You can emulate this by programming in a similar sound to play right on the first downbeat. We used ‘Bell Church pattern Ebmin 110 bpm’ from the Beat Tools Pack.

In our six-bar beat, the kick comes in on bar three. This step starts from bar three in this audio clip:

Add a hi hat sample, rim hit and snare sample to the Drum Rack. The rim and snare will hit together as layers while the hi-hat plays every offbeat.

For the hat we used ‘DTM_Hat_007’ from Live’s Loopmasters Mixtape Pack, for the rim we used ‘U_SR_Rim59’ from Splice’s Straight Rims library and for the snare, we used ‘Snare 1 Azimuth’ from the Beat Tools Pack.

While there is no processing on the samples themselves we want to set up an internal delay return effect in the Drum Rack to be able to process the hat along with other samples in the next steps. To do this, click the blacked-out R (returns) button in the bottom left corner in the Drum Rack and drag Live’s Echo effect to the space that says “Drop Audio Effects Here”.

Now, when you enable the S button at the bottom left of the Drum Rack, each Drum Rack pad will have a new Send-A fader.

In the Echo effect, set the timing to 1/8 for both Left and Right, set the feedback to around 40% and make sure that the Reverb and Stereo knobs are at 0%. As it is a return effect, Dry/Wet should be at 100%.

Send around -25dB of the hi-hat through to the echo as well as around -10dB of the bell from the last step just to give it some more ambience. The 1/8 delay on the offbeat hats will make it sound like a lower velocity hi-hat is hitting on every other 8th-note.

Here’s our progress so far:

One of the catchiest elements of UKG beats are 16th-note triplet rim shot fills.

To emulate this, insert ‘Rim 707’ from Live’s Skitter and Step Pack, set your piano roll to a 1/16T grid and experiment with different fill patterns. Sprinkle these around the beat for variation. You can even make them sound glitchy like we did at the end of bar four with the rim shots playing five triplet 16th notes in a row.

Remember to vary the velocity of each hit to add a more organic feel. Since the other samples so far are generally quantized to a normal 16th-note grid, it is up to these fills to create the body-moving swing.

Now that we have the main beat down it’s time for the musical elements.

The first two are chord samples layered with two bass hit samples that are simply playing the chords’ root notes. For the chord, we used ‘Chord Dub Chop 7’ from Live’s Drum Essentials Pack and for the bass we used ‘Bass Synth 3 K2L’ from the Beat Tools pack.

Instead of using two different chord samples, simply copy-paste the chord to another pad and re-pitch it +5 semitones. This also gives the chord an audible sampled chord quality. You can do the same with the bass hits.

What gives these chords their dubby quality is going to be the 8th-note delay return effect we set up in Step 2. Use the Send-A faders of the samples to route around -15dB to the Echo effect.

We’ll keep the bass hits dry but use their Simplers’ internal filters in high pass mode to cut the sub frequencies below 100Hz. This will help to create contrast as the sub samples that come in on Bar 3 will have much more low-end.

We used one lower- and one higher-pitched sample as re-pitching a sample too much can lower its quality. As a result, to get that lower D#1 we used the F#1 sample and brought it down two semitones instead of using the D#2 sample and transposing it down a whole octave!

Make sure to add a compressor after each sub sample so that you can sidechain the sub to the kick. Regarding the compressor’s, settings set the Attack to its lowest position, the release to taste and the threshold to a point where you’re getting no more than 4-5dB gain reduction.

The final element is a vinyl crackle sample we recorded and added to create a warmer lo-fi-style ambience.

Here are the parts from this step in solo:

And here is our progress so far:

In this step we’ll add in some drum break fills.

Create a new audio channel and drag in a drum break sample from your collection. We used the Amen Break, which is one of the most commonly sampled drum breaks of all time.

Slice your favourite parts or fills and then try to find points where they can come in to add variation to your beat. A common UKG production technique is to re-pitch these breaks and run them through different effects like flangers, delays, reverbs or glitch-generating plug-ins.

In our example, we have all three of the fills playing at different pitches. The first and third have the break transposed -1 while the middle second fill is transposed to -4.

We also programmed a fast tremolo effect using Live’s Auto-Pan and automated the device to turn on very briefly toward the end of bar four.

Make sure to add harmonics and character to the break with distortion or saturation and cut some of the harsh high frequencies using a filter or EQ.

Here’s how the beat sounds with our drum break fills:

The final step is some group processing. Select both the MIDI channel containing your Drum Rack and the audio channel with the drum break fills and group them with Command+G/Ctrl+G.

To create a slight drop effect insert an EQ Eight, use a high pass to cut until around 80Hz and automate the device to turn off after the first two bars. This way, the subs will have more impact when they come in on bar three.

To add some saturation to all of the drums, use Live’s Saturator’s A Bit Warmer preset and use Live’s Glue Compressor to add cohesion to the beat. Make sure to use the slowest attack time so that the transients punch through and try to set the threshold so that you do not exceed 2-3dB of gain reduction.

Finally, use any limiter to prevent clipping and to add some loudness if desired.

Here is the final beat: