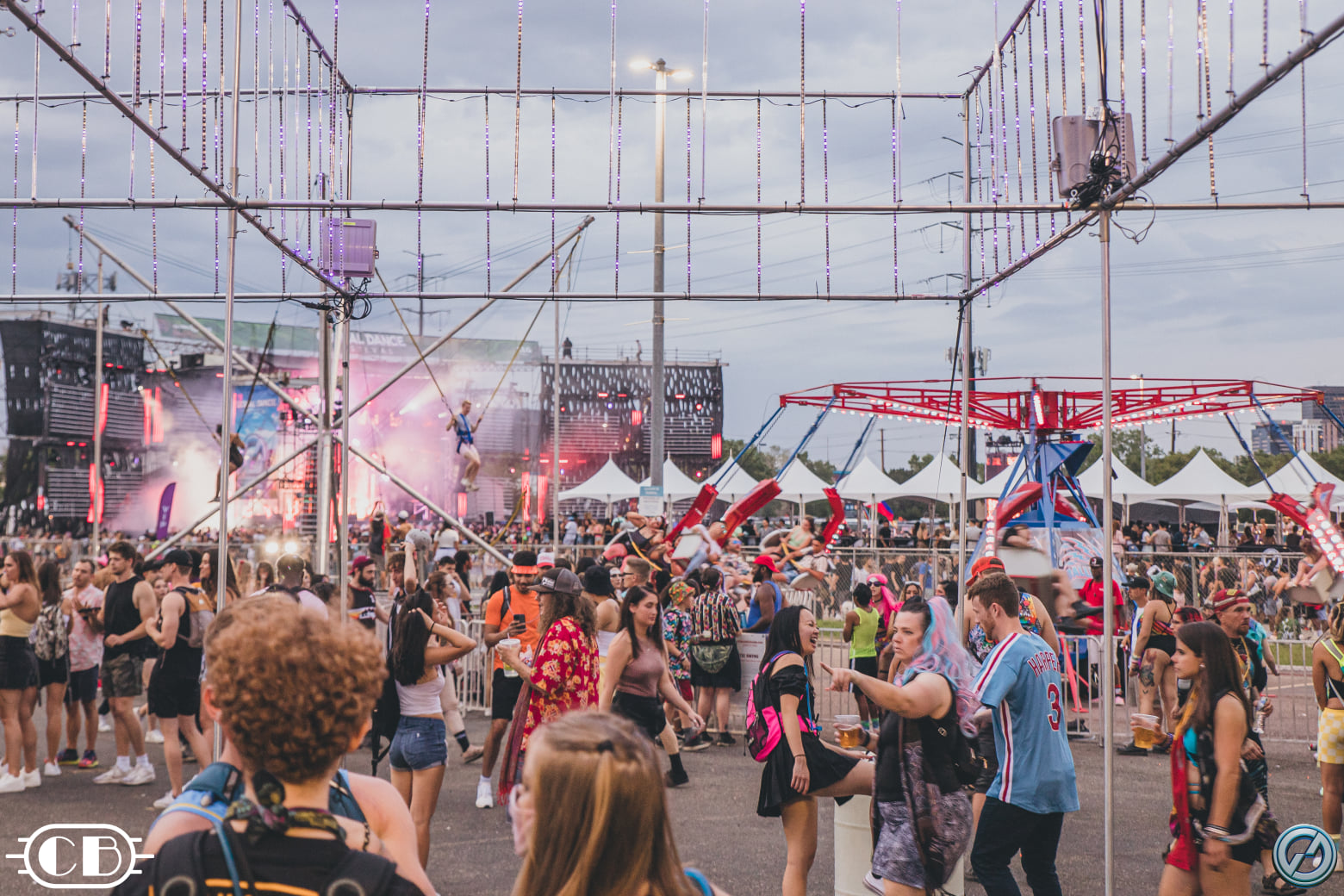 Denver’s Global Dance Festival made its grand return this year as epic proportions of bass rattled the Mile High city. Thousands of fans poured into the Empower Field Stadium over the 2 day extravaganza to celebrate dance music.

While this was the first time I had ever attended Global Dance, I can say for sure that the hype lived up to its name. Everything was clearly very organized and the festival was excellently staffed. There usually aren’t any complaints about it taking a long time to get into the festival which was the case this year as well. As one of the larger festivals to take place in North America this year as 2020 festivals were cancelled due to the pandemic, this was a weekend to remember for many.

When entering the venue, there are multiple art installations that are scattered around which are great for taking gram worthy pictures with the squad. There was also a lot of local food trucks offering food, ice cream and other desserts. Booths were also set up, and were offering body painting and tattoos. If you didn’t know you were going to a festival, you’d think you were at a carnival. On top of a large ferris wheel, there were bungee rides, rock climbing, and a few other rides to entertain attendees.

Fans had access to a total of four stages where each stage has its own character and flair. The Summit is the main stage where headliners such as Kaskade, Excision, and Tiesto threw down. The Northern Stage is a giant tent where heart thumping bass melts fans with the chilling vibrations. Bass artists such as Riot Ten, Getter, and Zomboy commanded the crowds here. Then we have the Amazon stage featuring some the biggest house artists such as John Summit, Dom Dolla, and Claude Vonstroke. Tundra is the last stage where music gets hard and experimental with artists such as Luzcid and Mersiv.

During the first day, there was not one disappointing performance. The amount of talent that they booked really exceeded my expectations. In fact, I heard many fans in the crowd talking about how they honestly could not choose which DJ they wanted to see. Over at Summit, we had Tchami throwing a house party with his funky and groovy tracks. Then we witnessed a historic set from Illenium B2B Said The Sky B2B Dabin which was insane as each artist threw down some of their most popular songs. The chemistry and transitions was flawless as the three friends know each other so well. I caught some of Zomboy’s set and wow there is a reason why Denver is known as the bass capital. His ability to control the crowds excitement was truly something else. After shifting back to Summit, Kaskade had the whole crowd singing in harmony to songs like ‘Disarm You’. Production was on point as well especially during ‘Something Something Champs’ as the combination of lights and fireworks was a sight to see.

People would expect that during the second day, the energy of the crowd would die down. But that’s not the case in Denver. Excitement was buzzling through the air as fans were ready to go even harder. Over at the main stage, Carnage, Deorro, Tiesto, and Excision threw down hours of electrifying bangers. Excision closed out the main stage and the energy was on another level here. For fans that wanted a chiller way to end the night, Gryffin closed out the Northern Lights stage and Claptone took over the Amazon stage.

In summary, Global Dance Festival delivered an outstanding and memorable experience for attendees. The organizers provided a safe and clean environment for the thousands of people attended. On top of that, they were able to book a star roster of talent from all over the world. Beyond the festival logistics, the crowd vibes were very welcoming and friendly. Fans came to enjoy music and spread positivity which is much needed as the world recovers from the pandemic. This was my first time at Global Dance and I am confident to say that it won’t be my last.