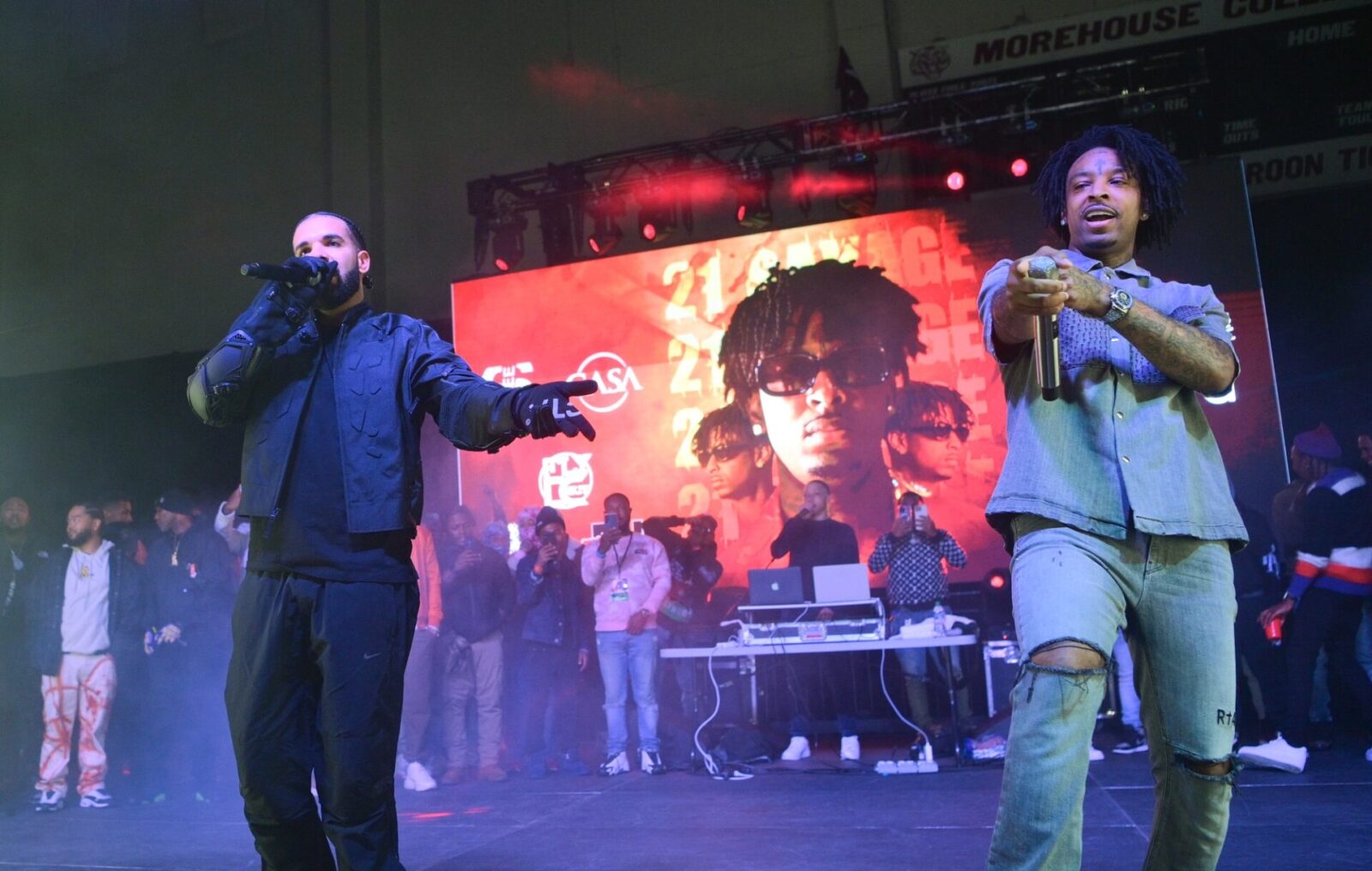 Drake and 21 Savage have announced a new collaborative album is on its way, titled ‘Her Loss’.

The pair revealed the forthcoming project in the Mahfuz-directed music video for ‘Jimmy Cooks’, lifted from Drake’s recent record ‘Honestly, Nevermind’. Released today (October 23), the clip sees the pair rapping in a warehouse space, with various videos projected onto the screen behind them.

They announce ‘Her Loss’ about mid-way through the clip, with the album’s title and release date — October 28 — appearing onscreen. Check it out below.

Drake and Savage have linked up multiple times over the years, with the latter appearing on Drake’s 2021 cut ‘Knife Talk’ from his ‘Certified Lover Boy’ album. Drake also featured on Savage and Metro Boomin’s ‘Savage Mode II’, appearing on the track ‘Mr. Right Now’.

‘Honestly, Nevermind’ arrived back in June, just hours after Drake announced it. Speaking about the record in a three-star review, NME‘s Kyann-Sian Williams said: “‘Honestly, Nevermind’ is an unexpected elevation from the bland trap, R&B remakes and Drake’s melancholic attitude to love we heard last time around.”

“He doesn’t quite shift the latter as much as one would hope – the album is as tiresomely woe-is-me as anything he’s ever done – but the house sound has at least given him the creative boost that his recording career has been crying out for recently.”

Though the album qualifies for the 2023 Grammy awards, Drake was notably absent from the submissions list, which went to its first round of voting last week.

It follows Drake’s ongoing criticism of the awards and the Recording Academy after he withdrew 2021 album ‘Certified Lover Boy’ and its single ‘Way 2 Sexy’, featuring Future and Young Thug, from last year’s nominations.

Saweetie Talks Wanting To Be a Singer, Dropping Christmas & Latin ......