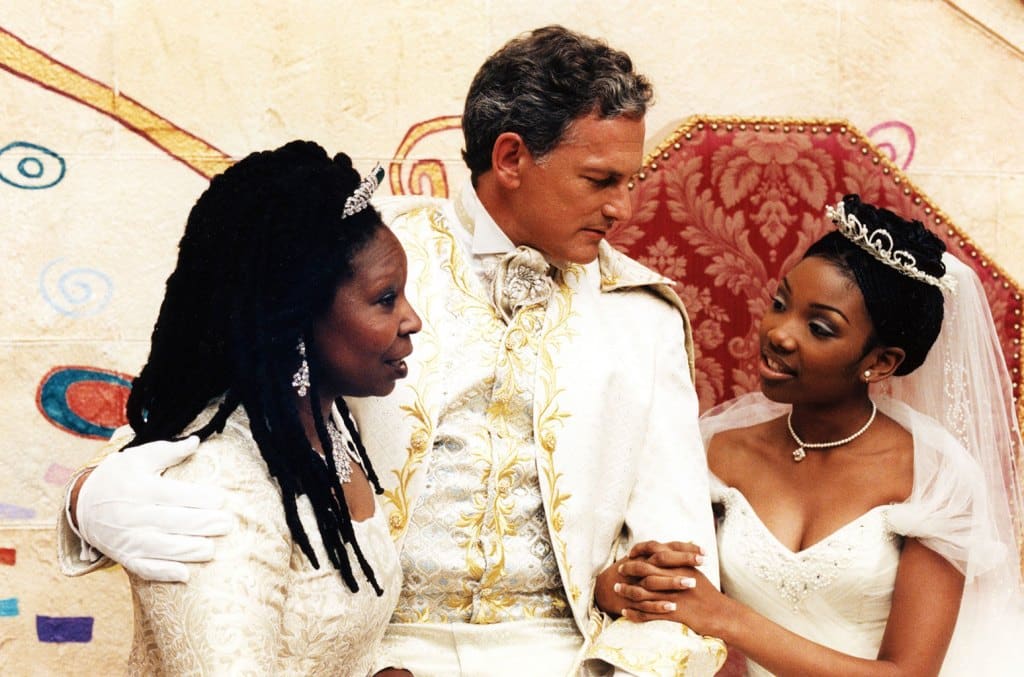 All products and services featured are independently chosen by editors. However, Billboard may receive a commission on orders placed through its retail links, and the retailer may receive certain auditable data for accounting purposes.

Rodgers & Hammerstein’s Cinderella is returning to ABC in an all-new special celebrating the 25th anniversary of the groundbreaking film starring Brandy and Whitney Houston as America’s first Black Cinderella and Fairy Godmother.

Cinderella: The Reunion, A Special Edition of 20/20, will air on ABC on Tuesday (Aug. 23) and stream exclusively on Hulu the following day. Brandy, Whoopi Goldberg, Paolo Montalban, Victor Garber, Bernadette Peters, Jason Alexander, Veanne Cox and Billy Porter (who played a gender neutral Fabulous Godmother in the Amazon original Cinderella) will be featured in the one-hour program which airs during Disney’s World Princess Week and explores the Emmy-nominated film’s impact in “expanding society’s view of the term princess,” per ABC.

Directly after the special, Rogers & Hammerstein’s Cinderella will air on ABC for the first time in over two decades. Read on for details on how to stream the special for free.

How to Watch Cinderella: The Reunion Online for Free

Cinderella: The Reunion kicks off at 8 p.m. ET on ABC and will be available to live stream on ABC.com, but you will need a cable or streaming provider log-in  to access the special, otherwise you can watch live with a TV antenna or through a streaming platform that offers ABC such as Hulu + Live TV, Direct TV Stream, YouTube TV, Vidgo and Fubo TV (Sling TV offers local channels with the edition of an HD antenna). Depending on the streamer, live TV plans start at $20-$50 a month for dozens of live and on-demand cable and local channels, and most of the aforementioned platforms include a free trial.

If you’re not interested in watching the Cinderella reunion special on the premiere date, stream it on Hulu for free beginning on Wednesday (Aug. 24). Right now, Hulu is offering a free, 30-day trial at sign up. Packages start at $6.99 a month to stream with limited ads, $12.99 for ad-free streaming and $13.99 a month to bundle Hulu with Disney+ and ESPN+ (use ExpressVPN to stream Hulu from outside of the U.S).

For just $7 a month, TV lovers can enjoy Cinderella: The Reunion and other ABC programs like The Bachelorette and The Con, along with shows from FX, NBC, Fox, Freeform and other networks and exclusive ABC news specials such as Aftershock, Keeper of the Ashes: The Oklahoma Girl Scout Murders, Have You Seen This Man?, The Ivana Trump Story: The First Wife, The Housewife and the Hustler, Wild Crime and Mormon No More.

Hulu is also home to a bevy of original movies and TV series like Only Murders in the Building, Prey, The Handmaid’s Tale, Castle Rock, The Dropout, On the Count of Three, This Fool, Legacy: The True Story of the LA Lakers, Not Okay, Fire Island, The Valet, Victoria’s Secret: Angels and Demons and music-related documentaries including Machine Gun Kelly: My Life in Pink and Look at Me: XXXTentacion.