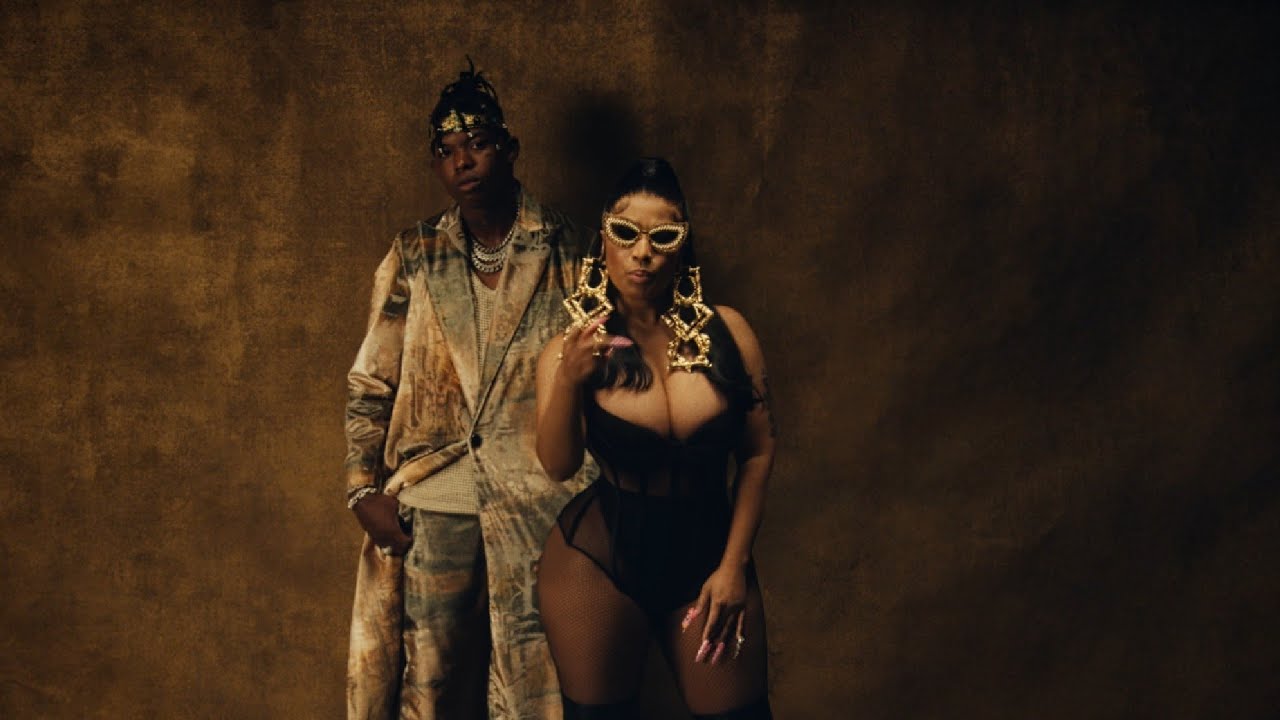 Nicki Minaj earned her 125th placement on the Hot 100 this week thanks to her co-starring role on ‘Love in the Way,’ the latest single from rising rapper BLEU.

Extending her reign as the second most-featured woman in the chart’s 64-year history (following Taylor Swift who has a whopping 168 entries), the tune – released September 16 – entered the tally as the week’s top-selling Rap song, besting some of the day’s biggest Hip-Hop hits in the process.

Look inside to see where its impressive performance on digital sales outlets landed it on the renewed Billboard Hot 100.

The week’s best-selling song by Hip-Hop artists, TheBoyKam-produced cut bowed at #3 on the week’s Digital Song Sales chart and was bested only by Pop smash ‘I’m Good (Blue)’ by David Guetta and Country hit ‘Thank God’ by Kane and Katelyn Brown.

Look below to see the numbers that powered the BLEU and Nicki placement.

A potent data combo, the above proved just enough to land ‘Love in the Way’ a #93 opening on the refreshed Hot 100, making it the fourth charting single of BLEU’s career overall. It follows his Drake-assisted hit ‘You’re Mines Still’ (#18 peak), Chris Brown & 2 Chainz-assisted hit ‘Baddest‘ (#56 peak), and the Kehlani-enlisted ‘Beautiful Lies’ (#65 peak).

The news comes as Minaj continues to enjoy a solo run in the tally’s top 10 with ‘Super Freaky Girl’ – her history-making first solo #1 hit.

Look below to see who joins the hit rappers on this week’s updated TGJ Chart Check.