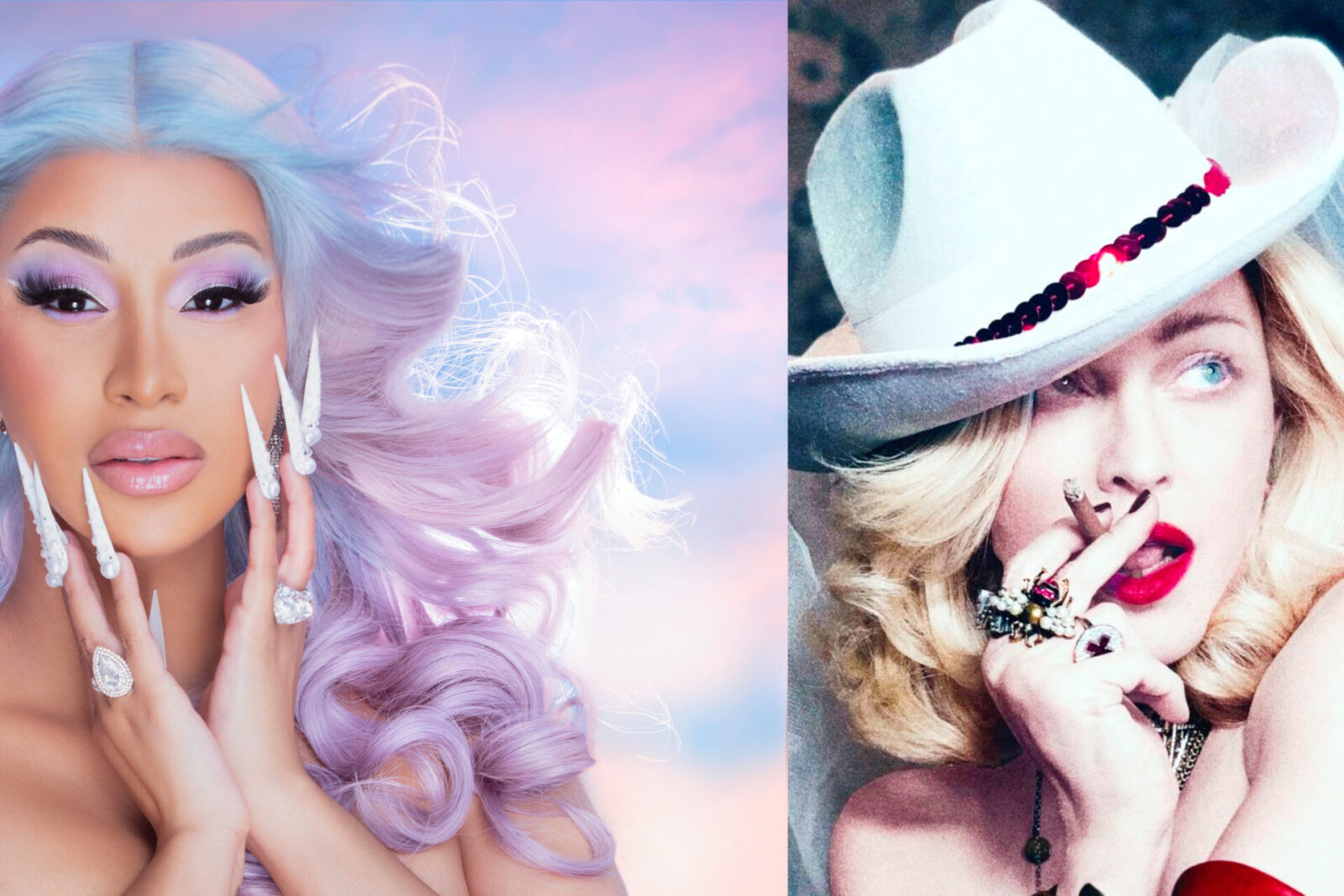 Madonna and Cardi B experienced a short-lived feud over the weekend after a misunderstanding on social media.

Marking the 30th anniversary of her provocative coffee table book, S.E.X., Madonna reflected on its impact and implied that Cardi B, Miley Cyrus, and Kim Kardashian should be thankful for paving the way for them via her Instagram stories.

“Thirty years ago, I published a book called S.E.X. In addition to photos of me naked, there were photos of Men kissing Men, Woman kissing Woman and Me kissing everyone. I also wrote about my sexual fantasies and shared my point of view about sexuality in an ironic way,” she wrote.

“I spent the next few years being interviewed by narrow-minded people who tried to shame me for empowering myself as a Woman. I was called a whore, a witch, a heretic and the devil.”

She continued, “Now Cardi B can sing about her WAP. Kim Kardashian can grace the cover of any magazine with her naked ass and Miley Cyrus can come in like a wrecking ball.” She ended the post with a sign-off, “You’re welcome bitches……” followed by a clown emoji.

The post quickly upset Cardi B, who felt disrespected by Madonna calling her a bitch.

In a series of now-deleted tweets, Cardi B said, “I literally [paid] this woman homage so many times cause I grew up listening to her …she can make her point without putting clown emojis and getting slick out the mouth. These icons really become disappointments once u make it in the industry that’s why I keep to myself.”

Still tweeting, Cardi B wrote, “nobody gonna lil girl me (specially a white woman). I know exactly what she said and I understand but it’s about THE TONE …Calling me bitches and putting clown emojis ? The fuck!”

Four hours later, however, the feud was over: Cardi B talked to Madonna, which was beautiful.

Also shared on Madonna’s Instagram stories was a snippet of her 1992 60 Minutes Australia interview with Richard Carleton.

“I got a fright. I’d never seen the likes of it,” Carleton said about her S.E.X. book, to which Madonna responded, “You have so. Oh, please. You’ve never read Playboy magazine or Penthouse?”

“A little bit, yes. That’s right. I don’t know why. But I’m here to talk about you, not me,” Carleton responded, to which Madonna quipped, “Oh, OK … I’d rather talk about you.”