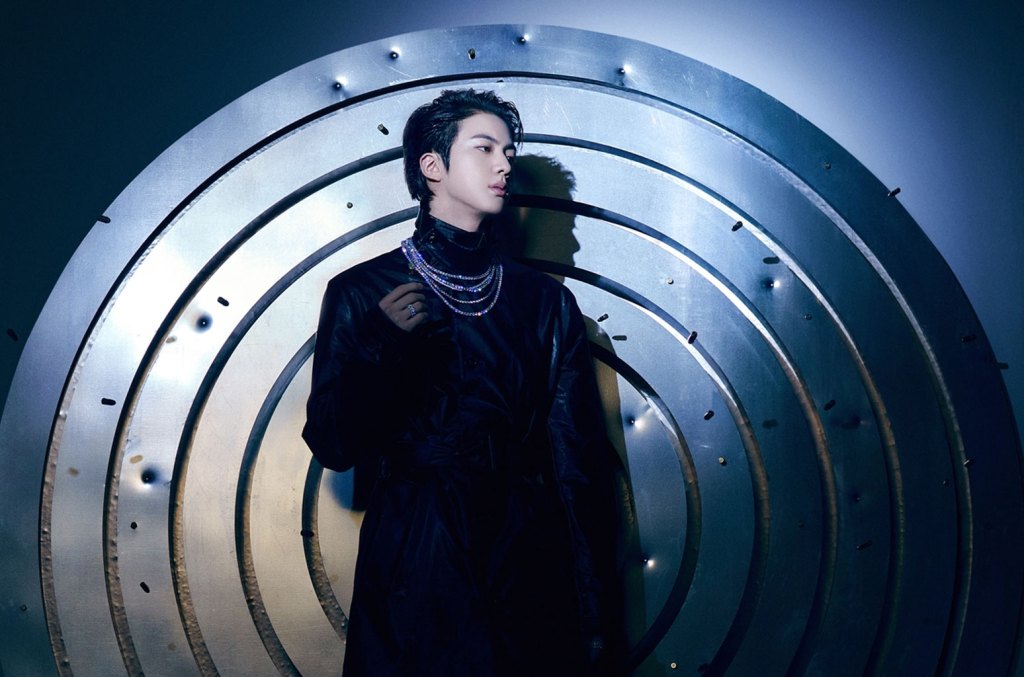 BTS‘ Jin has unveiled concept photos for his new solo single “The Astronaut.”

The K-pop superstar took to Instagram on Sunday (Oct. 23) to share several stunning images to promote his forthcoming song, which he will debut during Coldplay’s concert in Buenos Aires on Oct. 28.

“The photos titled ‘Outlander’ give out the captivating charm of Jin,” reads a statement from HYBE, the media conglomerate behind BTS. “The universe-like set with planet-shaped props and Jin’s outfit provide fans room to imagine the mood and story of the song.”

In two of the photos, Jin dons a loose-collared white dress shirt with a black tie and matching jacket while posing against a starry blue background. The third image finds Jin standing amid green shrubbery and a pale sky while surrounded by numerous planets and holding a large Jupiter-like sphere.

In the early hours of Friday morning (Oct. 21), Jin also gifted the ARMY with three more solo songs — “Super Tuna,” “Abyss” and “Tonight” — that became available across streaming services via BIGHIT MUSIC. The singles were previously released between 2019-2021, and were only available across BTS’ SoundCloud and YouTube accounts.

The trio of tracks arrived ahead of Jin’s upcoming solo single “The Astronaut,” co-written by Jin and Coldplay. The song is scheduled to drop at midnight on Oct. 28. In addition to the just-released concept photos, BTS noted that a music video and lyric video will released as part of the rollout for the new song.

Check out Jin’s concept photos for “The Astronaut” on Instagram below.