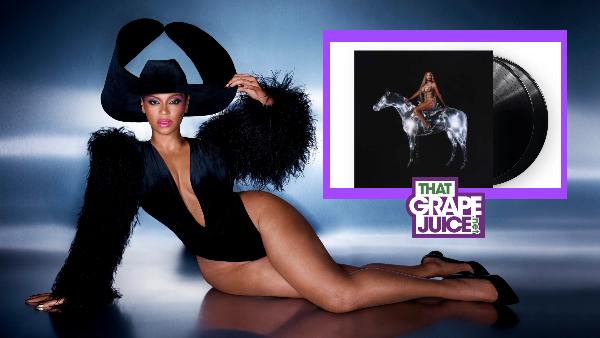 ‘Cuff It’ singer Beyonce is linked to yet another historic feat on Billboard charts thanks to the tune’s parent album, ‘Renaissance.’

Since its July release, the project’s pushed her penciling in history books for being the only female act to see her first seven studio albums debut at #1 on the Billboard 200, the female act to reign atop the highest number of charts simultaneously, and more.

Now, thanks to the long-awaited wide vinyl issue of the critically acclaimed set, Billboard has toasted yet another record-setting achievement for the era.

As reported here, Beyonce’s ‘Renaissance’ rebounded to #3 on the Billboard 200 – making it the best-selling female album of the week thanks to an additional 75,000 copies sold overall in the U.S.

Of that handsome figure, vinyl sales comprised a whopping 45,500  – marking “the largest week for an R&B album on vinyl since Luminate began tracking sales in 1991.”  The reignited commercial response came the very week Bey made the LP’s vinyl edition – which was previously offered exclusively through her web site’s store – widely available at general retail.

The news comes as dedicated Bey fans, affectionately called the #Beyhive, increase calls for the highly anticipated visuals that are reportedly set to accompany the three-act effort.

Hopes are undoubtedly high the the long-awaited clips will surface before the year’s end.