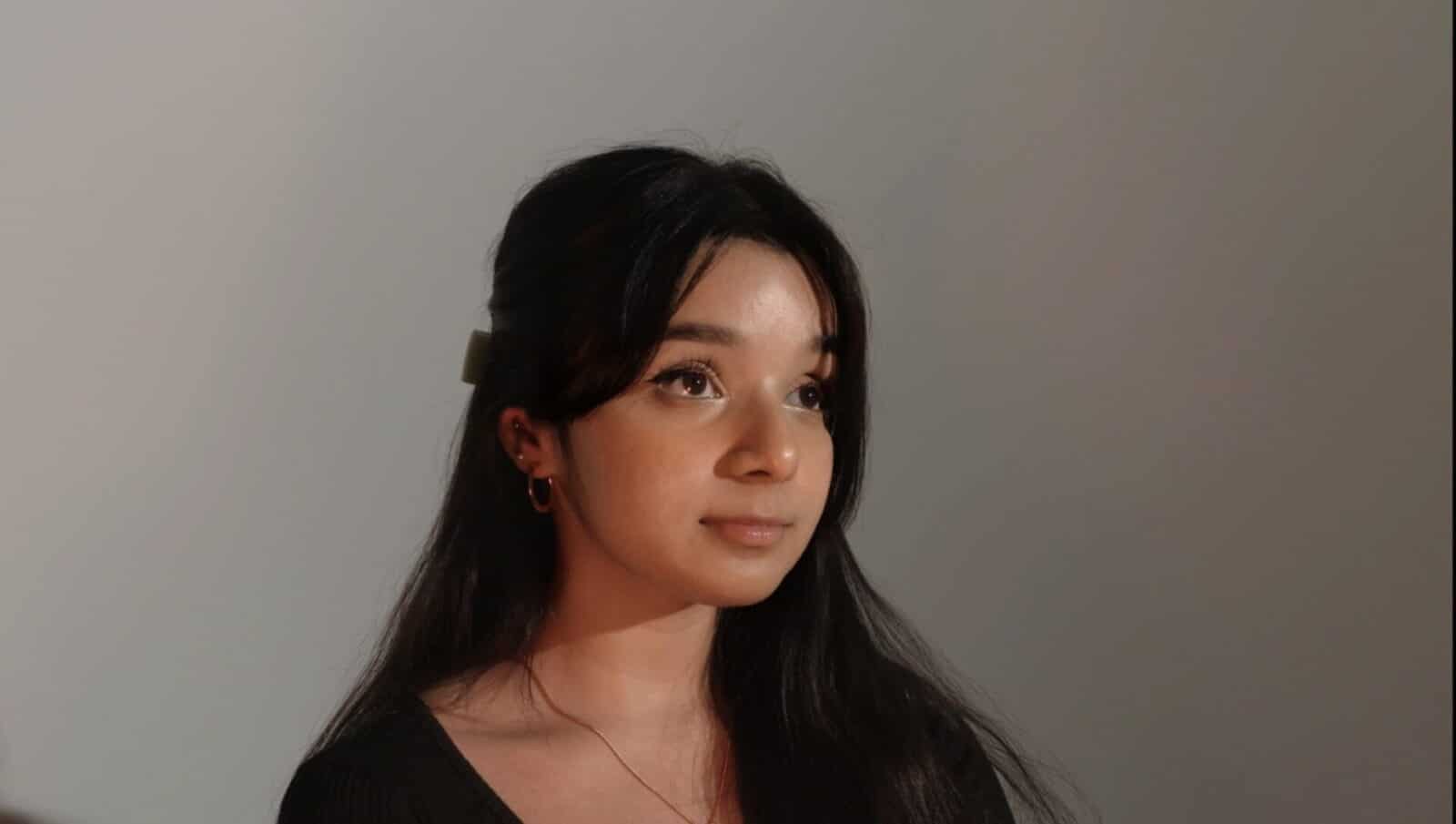 EMA (Eemaan Qadri) is an upcoming Canadian singer/songwriter who has been singing and performing since she was 9 years old. For years, she has been writing and releasing her own music, and has released her own EP, Friendly Reminder shortly after putting out her 2019 debut single “Get It”. Driven by her passion for music, EMA continues to upload music that’s unique and heartfelt to her, and her own experiences. She’s motivated by artists such as Billie Eilish, Olivia Rodrigo, Conan Gray & Troye Sivan, who also write music as close to their hearts.

After posting a viral TikTok video, her streams soared. She went from a couple hundred streams to 100,000 on her single, “Honey”. “Honey” was distributed to a whole new fanbase when a member of Korean boyband, BTS, added it to their ‘Top Favourites’ playlist. She continued to release covers, including “Heather” by Conan Gray. The piece was added to Spotify’s Top Viral 50 Playlist, passing Conan Gray himself. To this date, Heather has received over 1.1 million streams.

“Love Languages”, her most recent release, was in the works for about 2 years. The piece is written about two lovers who felt distance from each other because they couldn’t express their love the way the other wanted. It explores the 5 love languages and how important it is to be with someone who respects your love language. It was produced by Mike Tompa and co-written by EMA & Aline Martin. It has reached over a total of 100k streams.

Her latest release “Habits” is available now on all streaming platforms. The song represents the habits that are left with you even after you’ve ended a long-lasting relationship or friendship with someone. The feeling of heartbreak, freedom and love is perfectly captured in this piece. It was produced by Nick Phokeev, and written by herself. The piece was created over the time of quarantine, at a time where friendships and relationships were at their most vulnerable.

“Honestly, I’ve never felt more attached to one of my songs before. Even years after I’ve ended friendships, I’ve found myself saying/doing things that I learned from them. It’s hard to let go of someone, but it’s even harder to unlearn the routines and habits you built when you were with them.” Eemaan explains. “I want to keep writing songs that are more upbeat and fun as well. Although the lyrics are heartbreaking, it’s all about letting go of that feeling and just being yourself. Nick and I had a lot of fun producing such a fun song, and I hope to keep doing that in the future.”

Look out for “Habits” on all streaming platforms now.

Submit your press release to The GATE.

Written by The GATE | Music